This show is giving me all the feels lately. I have a couple of new reviews up this week on MFST. I can’t wait to tell you guys about my first six months living in the New York/ New Jersey area. Be on the lookout for that soon. 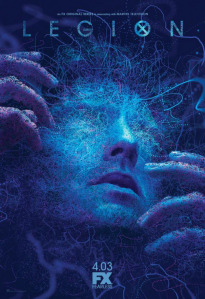 Legion on FX was one of my favorite new shows last year. I reviewed it every week and am more than happy that it’s back next week after almost a year hiatus. Aubrey Plaza says season two will be “ten times as much” when it comes to how trippy things can get. Are you ready?

Summer is underway and the big-budget films just keep rolling out. I managed to see X-Men Apocalypse the day it premiered, but I got very busy and then Awesome Con and life happened, so my review is a little late. To give you some background, I loved the last two X-Men films; First Class a little bit more than Days of Future Pasts. Growing up, Jean Grey and Storm were my two favorite comic book heroes. I was excited to see their younger versions on the screen. There are some spoilers ahead! So, if you still haven’t seen the film you have been warned.

Let’s start out with the good things

As you should know if you’ve read my review of Civil War, I like humor. I love genuine humor that doesn’t depend of crude jokes. Apocalypse didn’t have as many as Civil War, which was understandable given the god-like mutant trying to destroy the world, but it had some.

Evan Peter’s Quicksilver was back and continued to make me laugh just like he did in Days of Future Past. One of my favorite scenes was the slo-mo rescue. We even got a few chuckles courtesy of Professor X himself and his teenage boy excitement at seeing CIA Agent Moira Mactaggert again.

The fight choreography and special effects were great. I especially loved the displays of Magneto’s earth manipulation. Visually, it made for amazing shots.

Once again, Fox’s Quicksilver was so much more enjoyable than Marvel’s Quicksilver who appeared in Age of Ultron. Evan Peters performance was great and the slow-motion rescue scene had the theater giggling like little kids. Even though it was a tense moment, the writers brought humor to it. His personality shines in a way that AOU’s does not. I am glad that this time around we got to see him have a few more serious moments, especially when it came to Magneto and that relationship or lack thereof.

Now for the less than satisfactory bits of the film

This film made it seem like Storm was nothing before En Sabah Nur came along. She had black hair and didn’t seem to be that powerful. It completely erased her back story. First, Ororo Munroe was not chilling in Egypt acting as a mother hen to orphaned children. She comes from a line of priestesses who had white hair and was at one point worshipped as a goddess. So to go from that to street thief seems disrespectful to the character.

Next, while she was powerful, she didn’t really do much for a while. She had cool entrances and a few lightning bolts here and there, but for a lot of the big scene she was hiding and watching. In the end, she emerged and helped but I was still disappointed. I won’t complain about Alex’s accent because it wasn’t bad, but she just wasn’t the full embodiment of Storm.

This could have been Bryan Singer’s moment to show us Storm’s great back story that we lacked in the earlier films, but he failed to do so once again. I understand that she was seen as a minor character, but she is one of the core X-Men characters and deserved a better storyline.

He was evil and had terrible plans for the world, but for some reason he did not scare me. Maybe it was the makeup. Whoever did Oscar Isaac’s look failed to give it a matte appearance. As a result, I spent the moments he was on-screen wondering why his face looked oily. I was also unimpressed by his abilities. As a mutant who takes on the abilities of the bodies he takes over, I expected more. The scenes that took place in his and Charles’ mind were cool because he finally closer to his canon size but it disappointing because you knew it wasn’t happening in the outside world.

I’ll probably have to the movie again to confirm this 100%, but I feel like there was too much music. It felt to me there were not enough moments of silence and dialogue. There was just an overuse of dramatic music. Let the moments speak for themselves. If a scene is well-written, it doesn’t need music to push the audience to feel or react a certain way.

When I saw her in the trailers I was excited. They captured the perfect 80’s look for her and I was ready for her character to be included in the films. I was annoyed to see that Jubilee was cut from the film when it mattered. She could have easily gone along with Scott, Jean, and Kurt to save everyone. Why leave her behind? Why include her in the film in the first place if we don’t get so her abilities?

Overall, I’d give the movie a B. I didn’t love it but, but it wasn’t absolutely terrible. There’s a post-credit scene that hints at the next film so we’ll see what’s in store. While I’m aware that this next film will be Hugh Jackman’s last time playing Wolverine, I’m curious about where the writers will go with the rest of the cast.

Will they be heavily featured, be in the background, or simply mentioned. And what about Jennifer Lawrence? Will she be back? Do they even want Mystique in the next film? There’s been a lot of chatter about whether Lawrence wants to continue with the role. We’ll have to wait and see.

What did you think of the movie? What were your favorite and least favorite moments? Let me know in the comments. 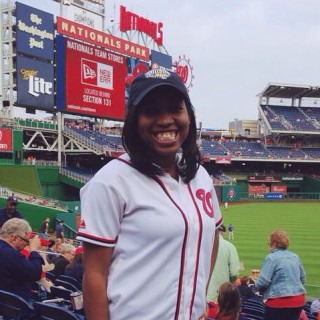 I'm a young communications professional with a love of writing and pop culture. I'm currently a freelance social media consultant, writer, and comm. intern. I'm also working on my first novel. I'm a proud alumna of Towson University where I earned a B.S. in Mass Communications with a dual track focus in Public Relations and Advertising in 2015. I also minored in Creative Writing. Go Tigers! I was published in the Library of Congress 2011 Student Poetry book "Acclaimed" and hope to get my work published again.

Quote of the Week

You can’t use up creativity. The more you use, the more you have. —Maya Angelou
Loading Comments...
Comment
×